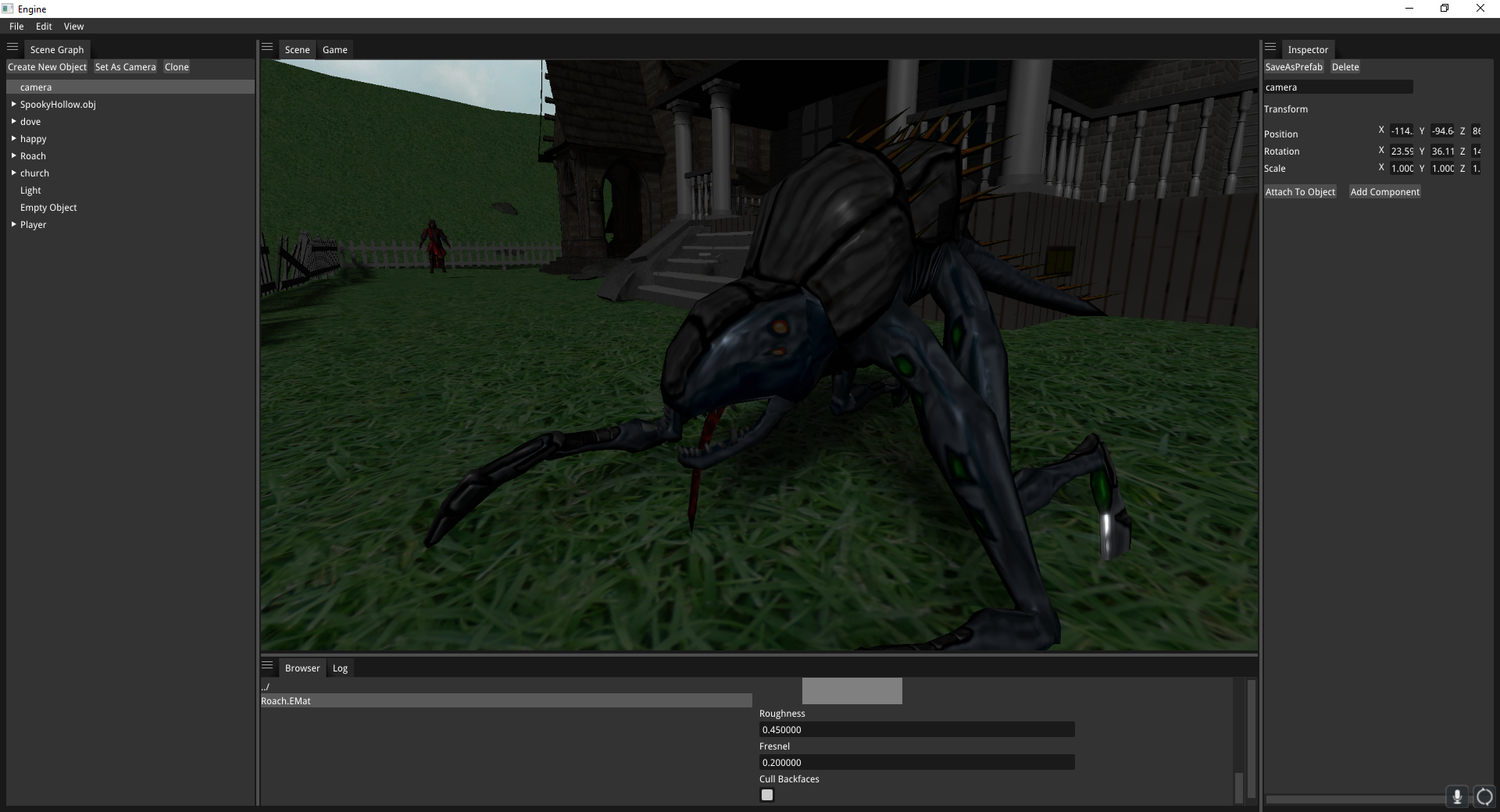 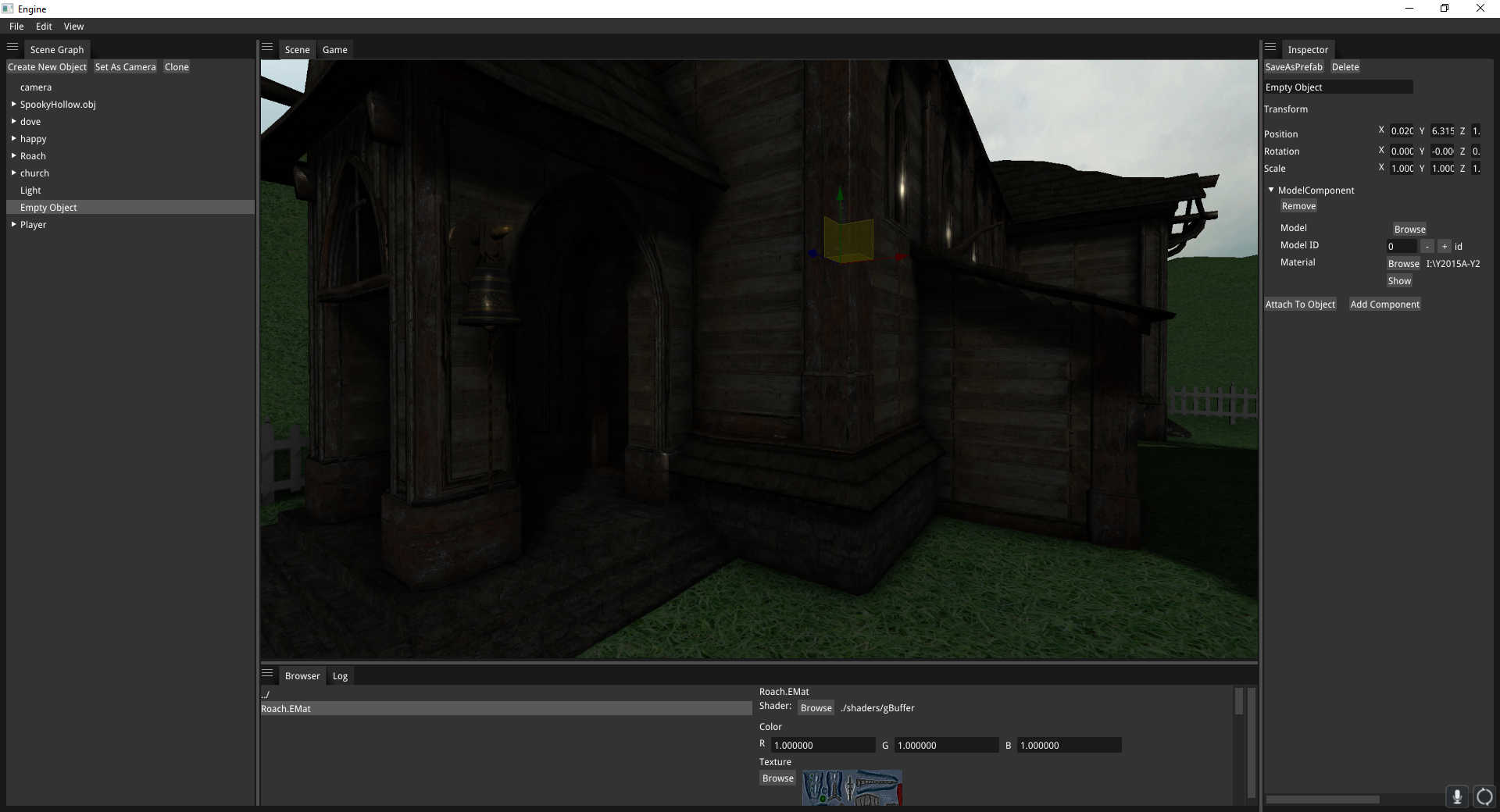 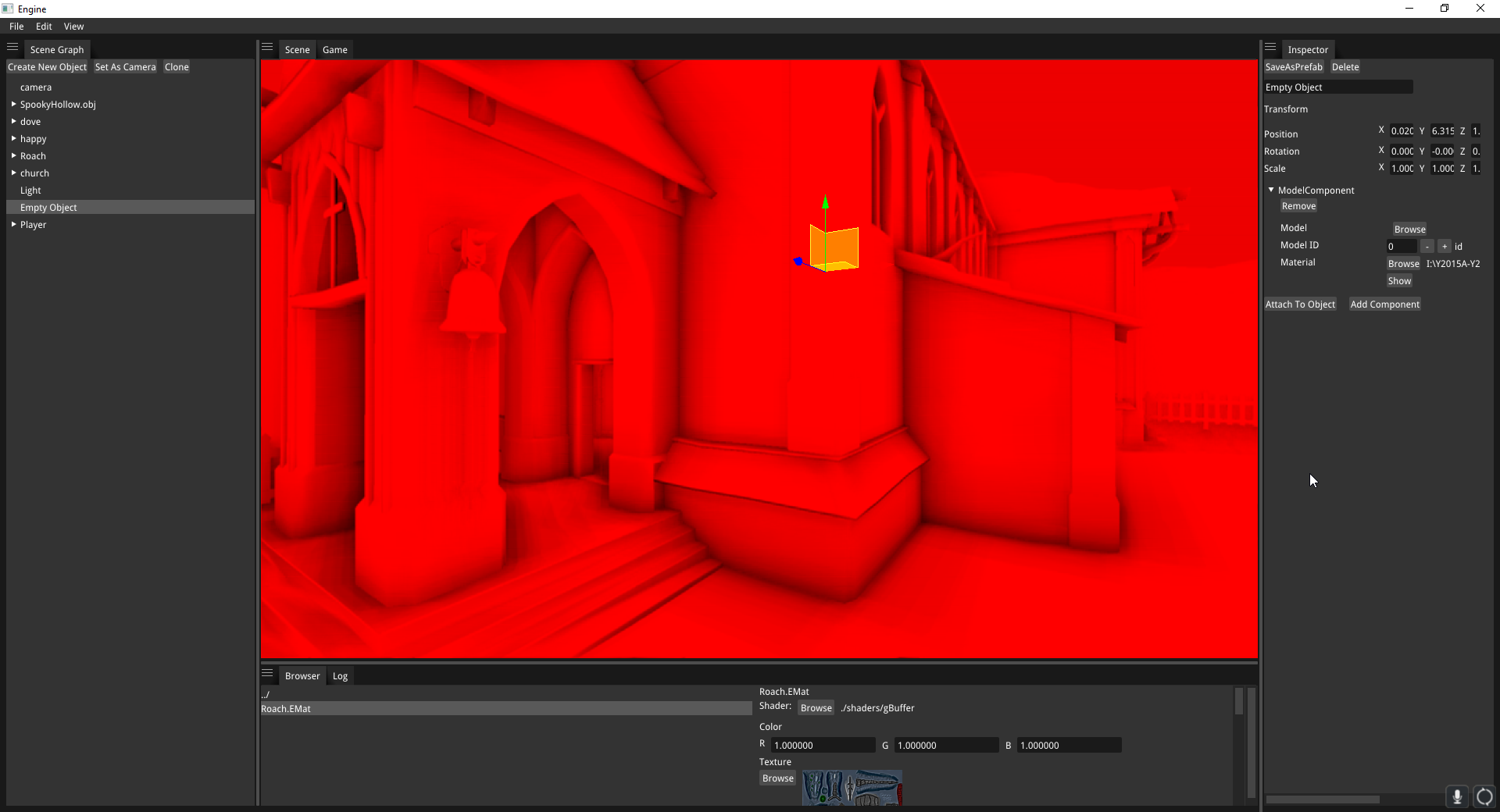 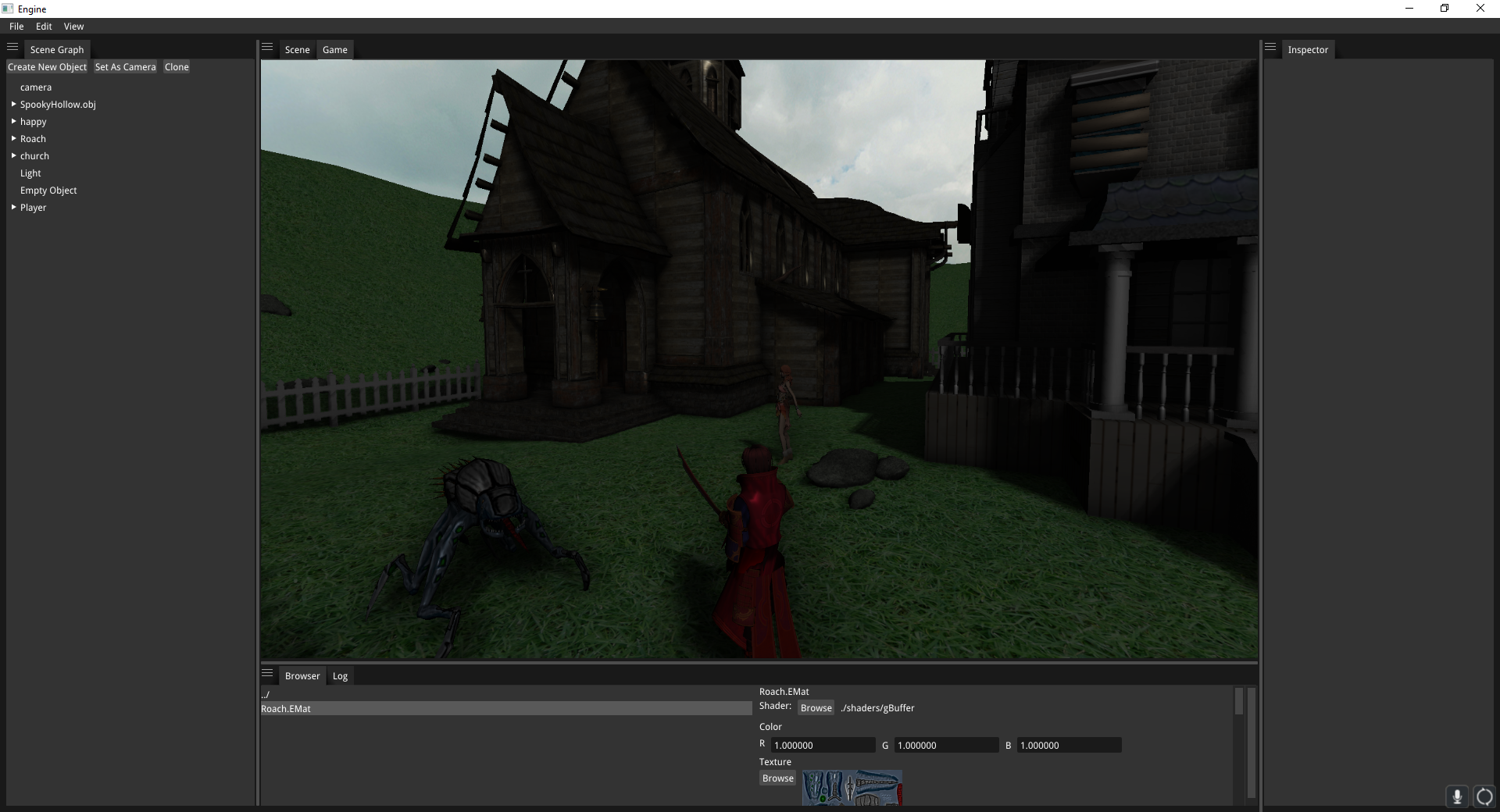 During the second year of my studies, I started working on this engine in my free time. It is made purely for fun and for my own self improvement. During the last quarter of my second year on NHTV I also started using this engine as evidence for school assignments. The goal for this engine was not to do everything right and make a great engine but to do things wrong and learn from that. I used Unity as my main example of a good 3d game engine and tried to add as many features from Unity to my engine as I could.

It is written in C++ using Visual Studio 2013 Student Edition, I later switched to Visual Studio 2015 Community Edition. Before making this engine I had a 2d engine so I already had some experience creating engines. Thanks to the Software Architecture and Design classes I had in the first year of IGAD I learned about software design patterns and I applied this knowledge while creating my engine. Besides this I learned a lot from tutorials on the internet from websites such as: learnopengl.com.